As a result of being busy as hell with work and SPX prep, and average daytime temperatures of around 1,000 degrees, I've been holed up in the house for most of the last two weeks. Inspired by the beautiful new Rocketeer: Artist's Edition I received that afternoon, I ventured out to The Camel for this month's Dr. Sketchy RVA meeting last Wednesday night. I'm glad I did; the model was Pretty Penny, who had a sort of an old west thing going on...I think Dave Stevens would approve.

The session began at 5, but as usual, I didn't arrive until almost 6, meaning I missed most of the cowboy hat and boots poses (drat!). But Penny's second costume, a long saloon dress, was a lot of fun to draw as well. Anyway, here are a few of my drawings: 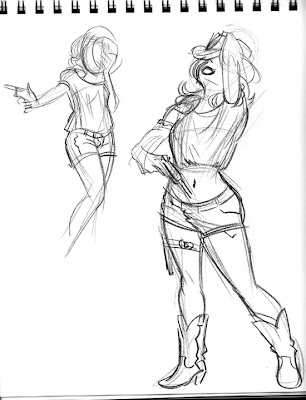 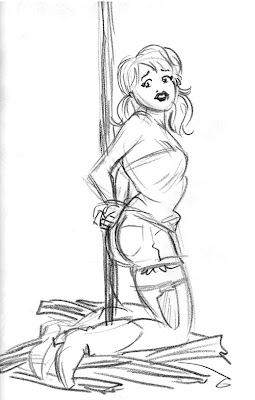 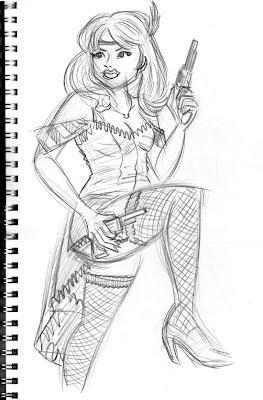 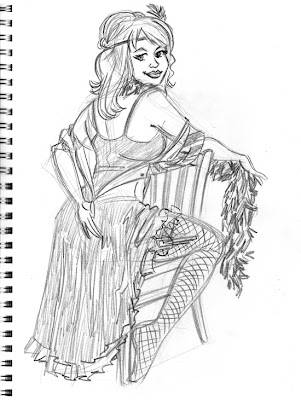 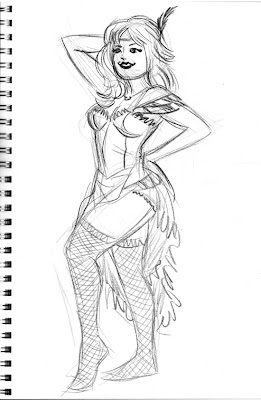 Posted by Robert Ullman at 1:15 PM

That forth drawing is amazing. What a tough pose!
Great drapery too. What's on the table for spx?

some asshat is ripping you off....

there's more if you keep looking thru the album

Thanks for the tip! All my friends are currently ripping this guy a new one on FB...It's a gas! Shoot me your info, I'll mail you a book as a "thank you"!