This is from a story in The Stranger last fall, about how those Mormon kids come to your door and want to talk to you about their beliefs. Not passing judgement here, but I gotta say I've never met even one single person who enjoys having religious prostelitizers come to their door. 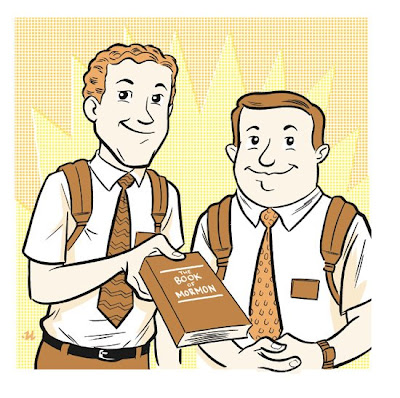 I'm running the Monument Avenue 10k here in Richmond this morning. And I did a comic strip about it! 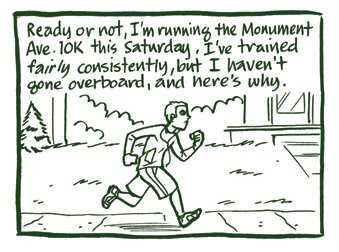 (this was supposed to have posted automatically last Saturday morning. No idea why it didn't!)
Posted by Robert Ullman at 8:00 AM 1 comments 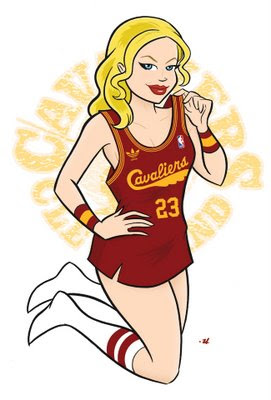 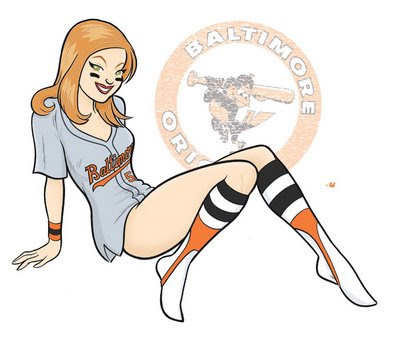 Why Irish Eyes are Smiling

I won't be venturing out this evening...but if you do, and happen to spot a sweet Irish lass like this one...buy her a pint for me! 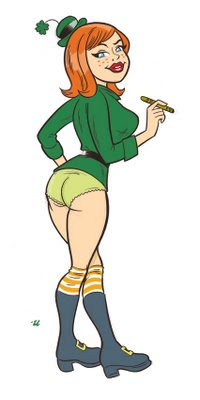 Last night I went downtown to Gallery 5 for the latest installment of our local chapter of Dr. Sketchy. It was the third overall, but the first I'd been to. I wanted to make the last monthly meeting, and it just didn't work out...but the theme for the night, "A Tribute to Bettie Page", just sounded like a can't-miss, and it didn't disappoint.

A word to explain just what Dr. Sketchy is, from their own website:

"Dr. Sketchy's is the little Brooklyn event that became a movement. Founded in 2005 by artist Molly Crabapple, Dr. Sketchy's asked a simple question. Why can't drawing naked people be sexy?

Here's our attempt at an answer

We combed New York to find the most beautiful burlesque dancers, the most bizarre circus freaks, and the most rippling hunks of man. Then, every other Saturday, we let you draw them for three hours. Interspersed with posing are comedy skits and ridiculous drawing contests (best left handed drawing? Best incorporation of a woodland animal?) where you can win booze or prizes."

The model last night, who goes by the stage name of Boo Boo Darlin', was really good. She had Bettie's look nailed, right down to the signature bangs. Having pored over so many of Dave Stevens' fantastic and inspiring Bettie Page drawings recently made it difficult to remember to draw what I was actually seeing and not simply re-interpret the poses through my own cartoonier style...it's a problem I often have when drawing from a live model, in fact, and I don't think I was particularly successful last night. Also, she was standing kind of above those of us drawing, on a table about four feet high, which made the perspective a little tricky.

All I could think of the entire time was how much fun it would've been if my friend Bill, another Rocketeer and Bettie fan, had been able to come along. Still, I had a lot of fun, and had a great time drawing for two-and-a-half hours. I'll definitely be back next month!

Here are a few of my attempts: 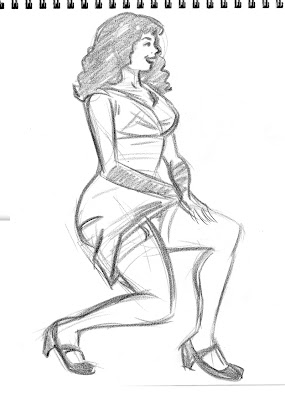 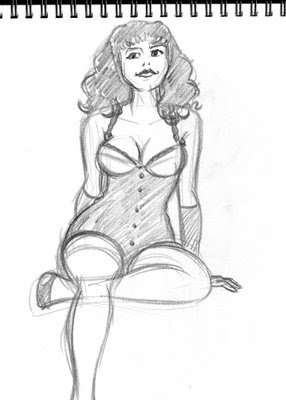 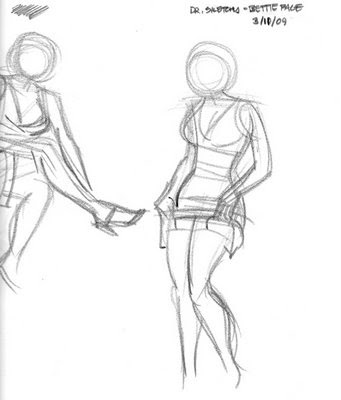 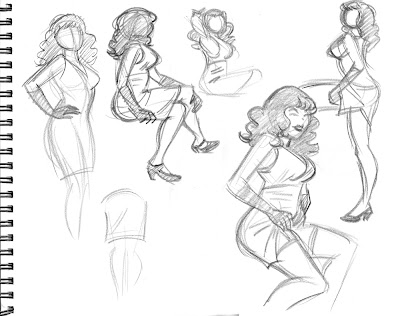 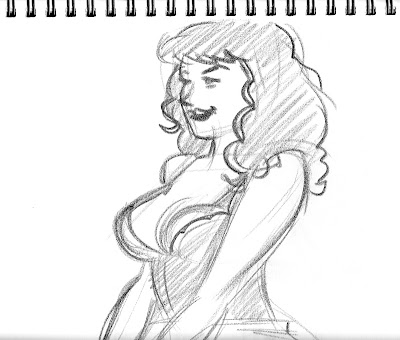 It seems like a long time ago, as I sit here pondering what to do with this 80-degree day, but at this exact time last week, we were getting pounded by a winter storm! Alas, I had to go and ruin it by doing a comic about it. Enjoy! 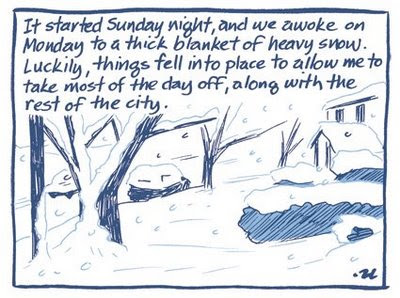 Maybe the best jersey in all of sports. 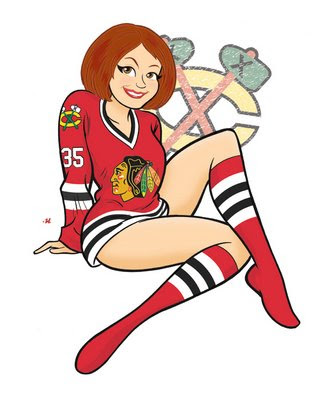 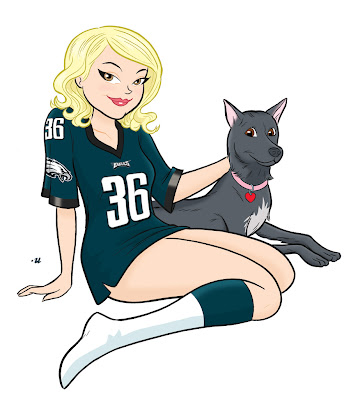 Unfortunately, the title of this post in no way relates to the art posted herein...I was way too busy playing in the half-foot of snow we (finally) got in Central Virginia today to do much drawing. But I humbly submit these sketches, done over the weekend. 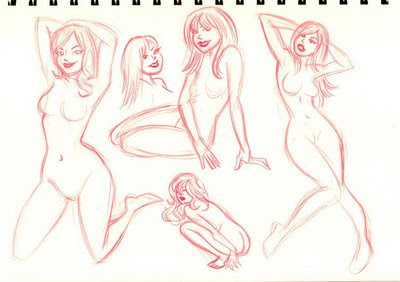