Up In a Tree

A couple recent Virginia Living pieces today...the first accompanied the story of Lorraine French Brown, who in 1935 climbed and perched for days in a stately maple tree, to prevent it's being cut down to widen the streets of the town if Woodstock, VA (her efforts paid off; a judge soon issued an injunction to save the tree).

The other tells the story of the aptly-named Assateague Island on the eastern coast of Virginia. Thanks to an article in Playboy Magazine, nudists once flocked to this area in droves...that is, until 1985, when a bunch of Baptist prigs in the nearby town of Chincoteague led a successful effort to ban public nudity and impose a $1000 fine and a year in the slammer for offenders. That's progress for ya. 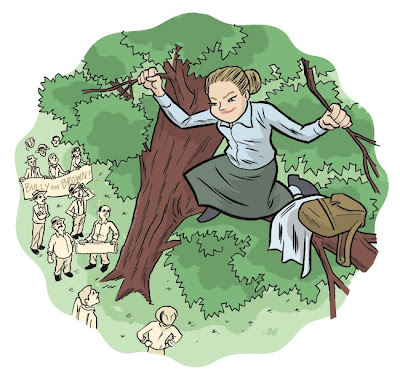 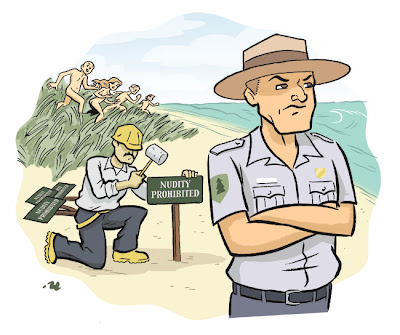 Posted by Robert Ullman at 2:19 PM