Hey, if you're a resident of Richmond (perhaps linking to the site via RVA Blogs) and you don't have any big plans for Saturday afternoon, why not take a jaunt up to the Northside and check out the 4th Annual Ginter Park Arts & Crafts Show? There'll be artists of every stripe in the house, including myself, as well as over 20 others!
See the details and partick'alars below. Hope to see you there!

Sacked by the City Paper

I've been doing spot illustrations for Savage Love every week in the Washington City Paper since the summer of 2000. It's my oldest regular gig, and my favorite...the column gives me tons of great material to work with, and has resulted in literally hundreds of hilarious ideas and images. I'd be hard-pressed to think of a better job.

Last summer, the City Paper (along with the Chicago Reader) was purchased by the folks at Creative Loafing, a chain of weeklies with papers in Atlanta, Charlotte, Tampa, and Sarasota. I suppose changes were inevitable, and the one I personally dreaded most has come to pass. As of the end of 2007, I'll no longer be illustrating Savage Love in the City Paper. I think it's more of a budget thing than a they-think-I-suck thing, but it's nevertheless devastating and depressing. The thing that bothers me most, aside from the practical implications of the loss of income, is the thought that there was a line item on some spreadsheet that said "Savage Love: Illustration", and that some guy in a suit just crossed through it with a red pen, and just like that, it was over.

I'm biased, sure, but I think that the illos I did brought a little something extra to the column...and I don't think I'm 100% alone in having that opinion. Anytime I do a show in the capital region, whether it's SPX, Baltimore Comicon, or the City Paper's own Crafty Bastards, I have people come up to me all day and tell me how much they enjoy the spots. It's very flattering, and I'm extremely grateful.

Anyway, if you're one of the people who likes your seedy sex advice served with a little graphic blandishment, you should make your voice heard, and contact them them here. Write the City Paper a letter or shoot them an email asking them to reconsider and keep running the Savage spots. And if you're a reader in one of the other cities Creative Loafing calls home, drop them a line and request that they add Savage Love to their paper. It might not do any good, but you'll have my eternal gratefulness.

And of course, if you do write, don't forget to be polite.

(EDITED to include a few links to recent Savage Love spots.)
Posted by Robert Ullman at 10:48 AM 23 comments

Another piece for the Boston Phoenix, this one about the fine art of thrift store shopping in Beantown. Tried some different stuff with this one ("sloppy", textured color, etc.) and for the most part, I think it was successful. 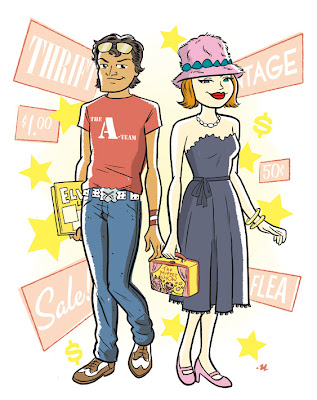 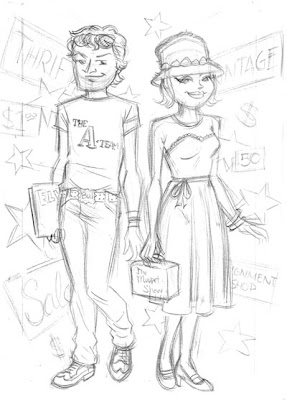 Following a link from Will Pfeifer's X-Ray Spex blog, I submitted the link for AtomBombBikini.net to the Blog Readability Test. Apparently, smart people like some titties, 'cause it came up as a GENIUS level blog!

I don't know if that's an endorsement for this test, or an indictment!
Posted by Robert Ullman at 11:51 PM 5 comments

*If I'd had the guts, that's what I would've called this blog! 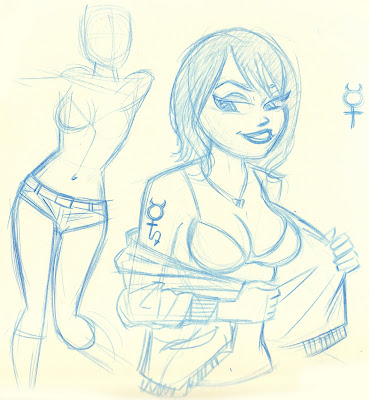 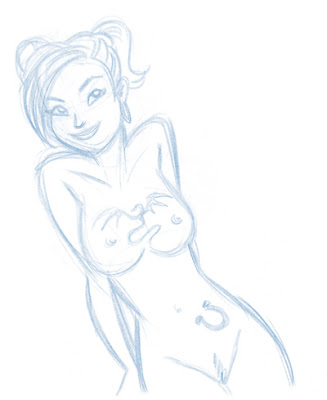 I got a last minute call the other day to do a portrait of Hillary Clinton. My style of doing caricature is sort of all over the place...they don't have the uniform look of a Trenholm or Sturdevant, and tend to all come out a little different, depending on how the process plays out. Anyhow, this particular illustration edned up going in an entirely different direction than I originally intended it to, but I'm pretty happy with the results. 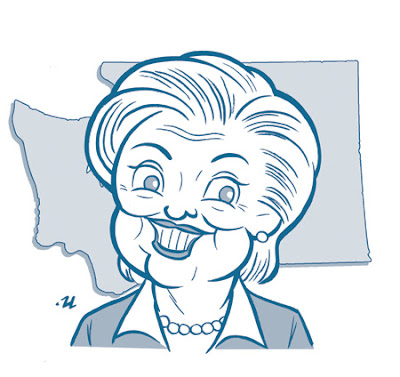 Posted by Robert Ullman at 9:00 AM 6 comments

Two or three times a year, the affable Brett Carreras of Brett's Comic Pile here in Richmond throws a comic book convention...and god bless 'im, he almost always invites me to exhibit as one of his guest artists. Problem is, every time I go, I always seem to sit there all day and not talk to anyone except the other exhibitors. Which leads me to believe that folks don't to go to the Richmond Con to meet artists...they go for the voluminous amount of dollar boxes and fifty cent comics.

That's what I always thought, anyway. Turns out they just couldn't be less interested in me!

I guess if you go to enough SPX's and Crafty Bastardses, you start to get a little bit of an inflated ego. You think you can sell your stuff anywhere. A few hours at Richcon cured me of this misconception right quick.


Nice. It wasn't long after that that I packed up my stuff and left...I didn't really want to miss that big Browns/Steelers game, anyway.
Posted by Robert Ullman at 10:39 AM 3 comments 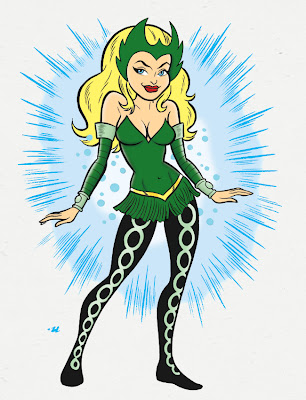 Here's a blast of job I did last week for the fine folks at the Boston Phoenix, for their annual Ski + Snowboard Guide. I've provided the actual cover with all the text in place as well as the final cover art, which was cropped a bit for print. 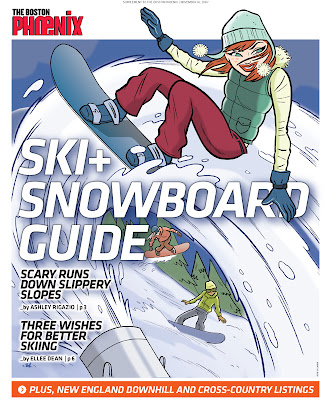 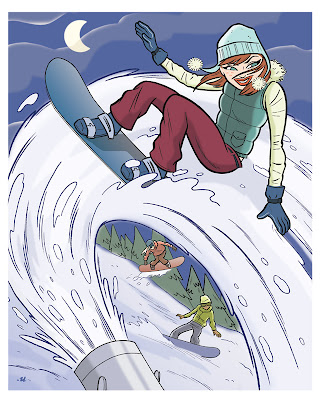 Posted by Robert Ullman at 9:35 AM 3 comments

I posted this Wonder Girl illo awhile back, right after I inked it...I took a few minutes last night to throw some color down. Dig it, tigers! 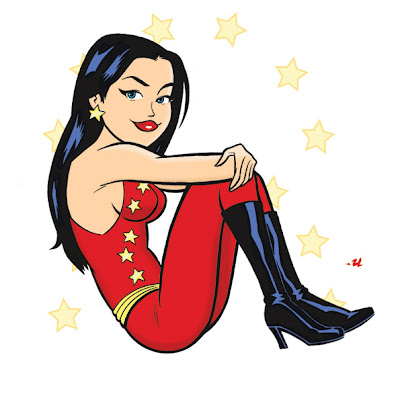 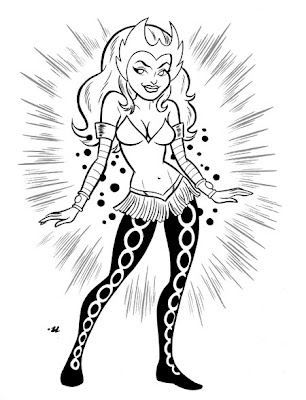 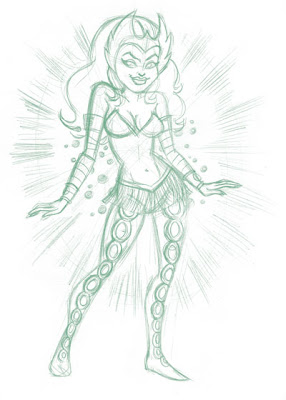