For a variety of reasons, I've been remiss about posting about the fantastic Halloweirdos project that's been running all October at the Wide Awake Press website. A different creepy or crawlie every day, by some spec-fackin-tacular artists. The second of my pieces for the month went up this afternoon...do yourself a favor and page through the amazing entries that've gone up over the last few weeks. If it don't put you in the Halloween sprit, nothing will! 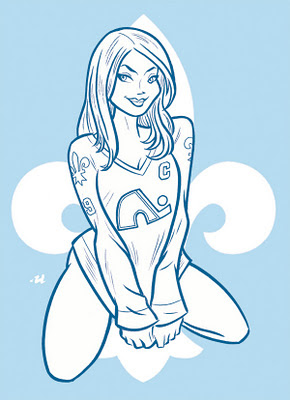 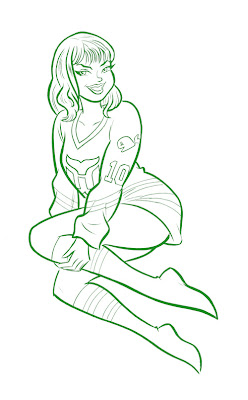 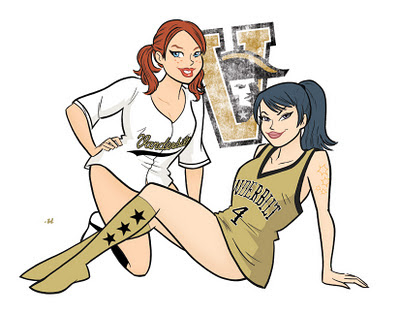 Game Six - Sabres at Penguins - All the Neal Girls

Just a quickie today, gang...it's too nice outside. Besides, it's just the Sabres, AMIRITE?
LET'S GO PENS! 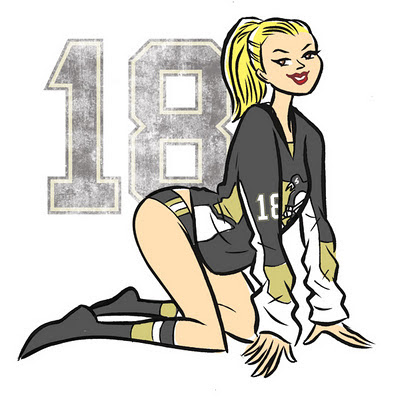 Let's be honest, this is the only piece of equipment anyone is interested in today! 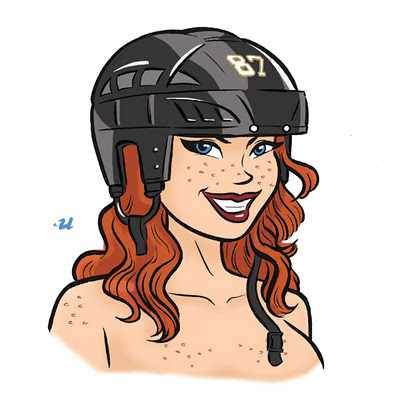 Sadly, these sharp sweaters will probably always be synonymous with Sid getting his brain broken. But I still like 'em!

Regarding the Panthers...I harbor a surprising amount of hate for a team that's been a doormat for 85% of it's existence. I never have and never will forgive this joke of a franchise for clutching and grabbing us out of an epic, Lemieux/Jagr vs. Sakic/Forsberg Stanley Cup Final. The idiot fans with their stupid rats...and the completely inept embarrassment of a decade and a half that's happened since. How does a city as apathetic as Miami even still have a team? Just die and move already. 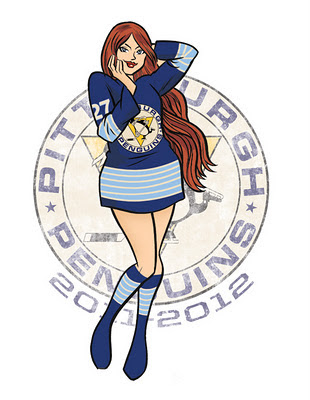 What? You'd expect a girl rocking a Cookie Monster sweater to have a hair color other than blue? 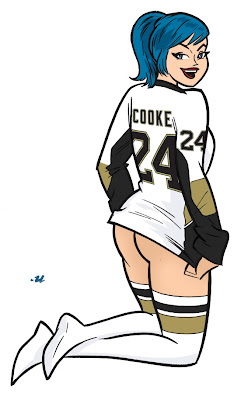 I'm gonna post a new illo every gameday until the Pens lose their first game of the season. We'll see how long this takes! 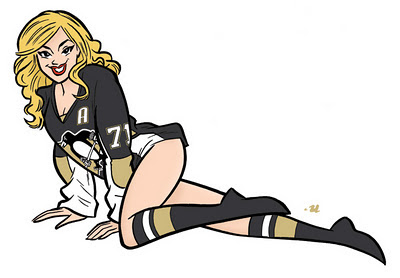 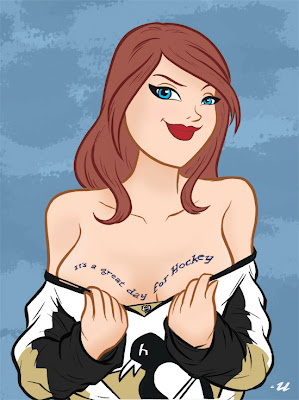 Actually, not quite enough. My Stanley Cup pick? Pens over Sharks, for the fifth consecutive year.
Posted by Robert Ullman at 5:05 PM 6 comments