Tomorrow morning I'm running the Monument Avenue 10k here in Richmond. 10k = 6 miles, so in case I have a fatal heart attack and this is my last post, have a good life everybody!
Posted by Robert Ullman at 6:29 PM 3 comments

One of my weekly gigs is providing suppurting illustrations for Chris Bopst's "Sound Advice" column in BRICK Weekly. This time around, he extolls the virtues of a few new CDs, one of them Amy Winehouse's Back To Black. I'd never heard of her before, so I jumped over to iTunes and previewed a couple tracks before beginning the drawing to get a better feel of what she's all about. I'm really glad I did...it's an excellent record, kinda old-timey but with a definite modern, almost rauchy twist. And it's a steal at iTunes for just eight bucks if you're interested!

Anyhow, here's the illo, complete with a look at the pencilled version for comparison. I'm glad I listened to some of her songs first, 'cause my first inclination with many female musicians, believe it or not, is to respect them as artists and play down the sex appeal angle. It was just too good a fit to pass up with Amy, however, so I went with a full-on vampy chanteuse approach. I can't imagine she'd have it any other way!

Thanks for the Rock!

Big thanks to whomever signed up for eMusic recently on my recommendation...I'm greatly enjoying the referral reward of fifty free songs! (I'd thank you by name, but they won't tell me who you are!) 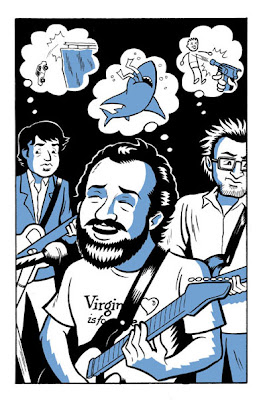 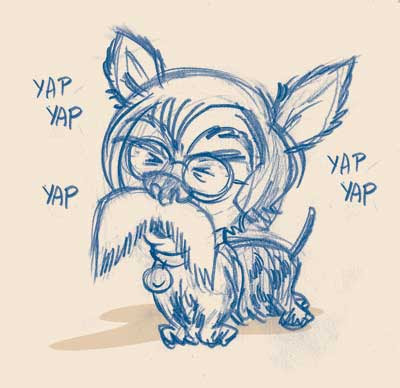 I did this illustration recently for the Las Vegas Weekly. They've thrown me a few jobs in the last couple months, and every one of 'em has been a blast...Edgy, rewarding, and just a little bit racy! This week's topic is the sometimes questionable content of the animated Japanese programs that the local anime club shows once a month at a local public library.

As if the content of the illo isn't enough proof that Las Vegas Weekly and I share similar sensibility, take a look at this week's cover! Yowsa! 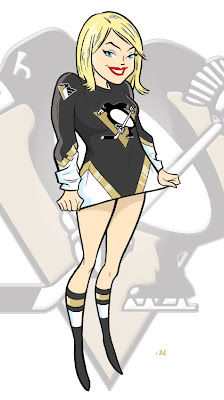 Posted by Robert Ullman at 9:15 AM 1 comments

As a former Borders employee, I could really sympathize with the sentiment in this article from The Stranger, for which I produced the following illustration. In a nutshell, it's about how a plug from Oprah increases a book's demand a thousand fold, even though the books she chooses to feature are often the worst kind of self-help, flim-flam horseshit; in this case, Rhonda Byrne's The Secret. 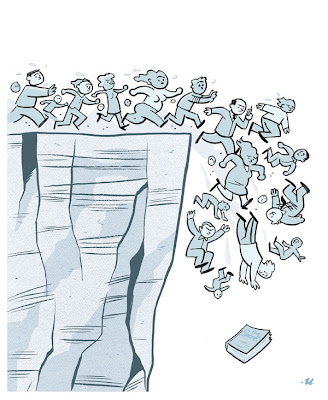 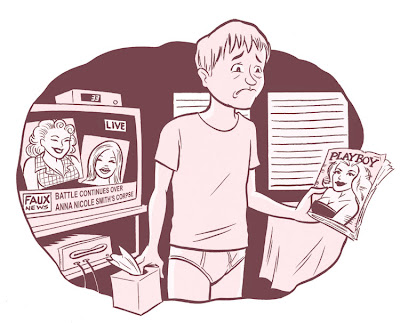 The Day It All Changed

Today, March 5, is the eighth anniversary of one of the most important days of my life. It was 1999, and I was working at Borders here in Richmond, having moved here about four months earlier from NC. It was a pretty miserable time...I was doing my mini-comic From the Curve at the time, and while I'd sent out a few feelers looking for freelance work, but I wasn't having much success. And, as anyone with a 40-hour-per-week retail gig knows, that kind of work doesn't leave you much energy for extracarricular job searching. I was trying hard to resign myself to the realistic possibility of working retail for the rest of my days.

Then, out of the blue, I received a phone call soon after starting my shift that morning at the bookstore. It was Griffin, a friend of my pal Jessica, who was now working at McGraw-Hill in NY. He'd seen my comics work and liked it. Now, there was a series of children's science books they were doing, and they needed dozens of full-color illustrations and they needed them fast! And the pay rate, while far from spectacular, was significantly higher than I'd make in an entire year at Borders. Could I do it, he asked, even with the ridiculously tight deadline? Absolutely, I said, even though I didn't own a computer, and barely even knew how to turn one on. He said to send in some samples for official approval, but the job was pretty much mine.

Stunned, I was barely able to get through the day for all the excitement I felt at the prospect of quitting my hourly job to be my own boss. I was also slightly petrified, what with the knowledge that I needed to not only somehow buy a $1500 computer but also learn to use it proficiently in just under a month. That night, I went to see RUSHMORE, but I could barely concentrate on the film. What was I thinking? Could I pull this off? Could I actually, somehow pull this off? Fuck yes I could. I had to.

Monday, I faxed in some samples, and landed the gig. I borrowed some cash from my parents and bought a one of the first iMacs, and recieved it on St. Patrick's Day. I got a crash course in Photoshop from my pal Eric, and jumped right in to the project. Even though the work schedule for the books lightened up as it went along, it was still a pretty madcap year, and I worked my ass off. I remember one stretch in particular about a week before Christmas that year...My roommate Sarah was in Egypt, and our landlord forgot to pay the water bill just as I had a crushing amount of pages about to be due. I was locked in the house, unable to take a shower or flush the toilet, staying up til 4 am inking, coloring and correcting pages. It was a tremendous learning experience.

So, here are a few pages from the books...I haven't looked at them in years, and to be honest, I'm a little embarrassed by how bad they are...not so much because they're bad (as most children's books of this type I see seem to look pretty bad), but because I know how hard I worked on them only to have them look this bad! 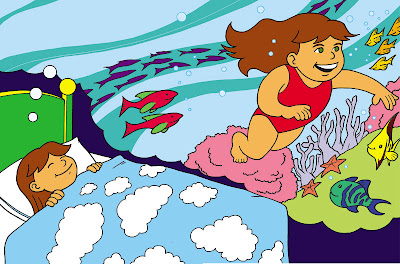 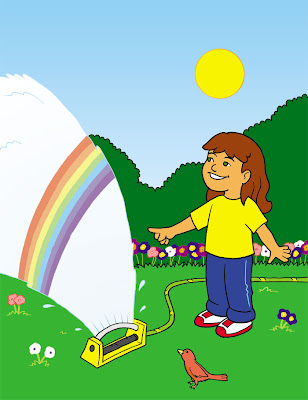 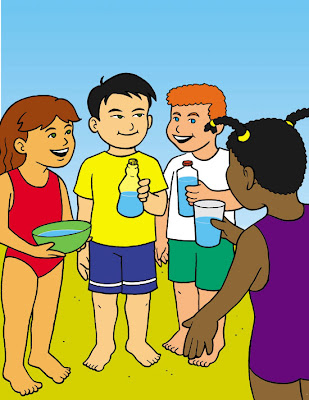 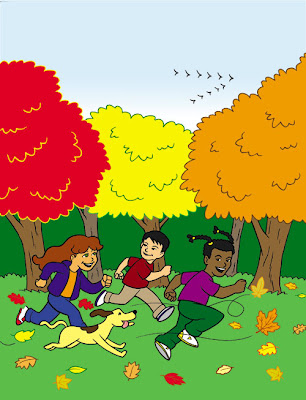 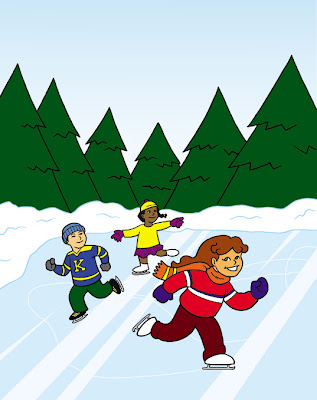