Folks, if you'll permit me a moment of crass commercialism...I've added a few extra deep discounts to the Atom-Bomb Bikini web shop, which'll continue through the weekend (until Monday morning, to be exact)! Lotsa stuff is up to and over half-off, including:

Atom-Bomb Bikini: The Lurid Art of Robert Ullman!
Normally $16, my signature book is on sale for just eight clams. I've never offered it this cheap before, at a con or otherwise, so grab while the grabbin's good! 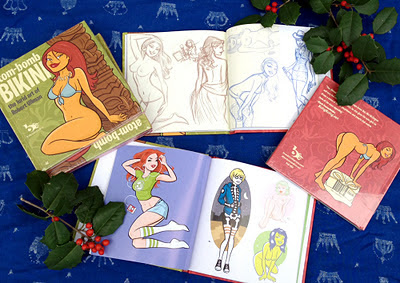 Grand Gestures!
Just $2! What a deal! 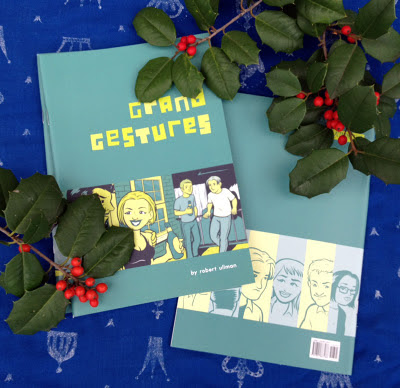 Stickers!
Only 50¢ each! Are you kidding me? 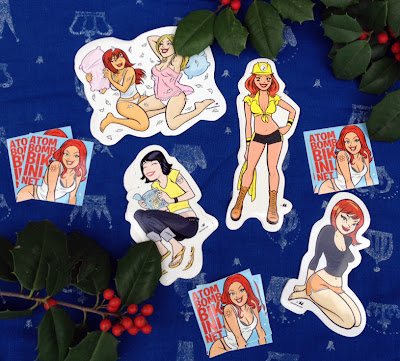 In addition, most prints are on sale for $10! No codes to enter or any of that BS, just click it and I'll ship it, well in time for Christmas, Hanukkah, Festivus, or whatever it is you choose to celebrate with mass consumption! But remember, the sale only goes through the weekend, at which prices will return to their usual gouge-tastic selves, so ACT TODAY!

The ABCs of ABC

A few recent Stranger spots, all of them having to do with the city's ever-changing liquor laws. 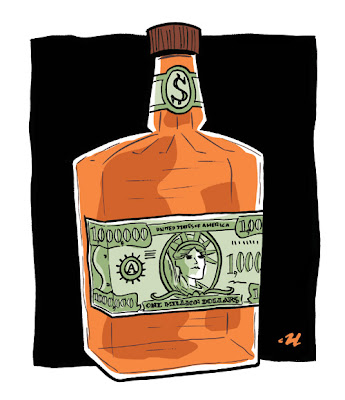 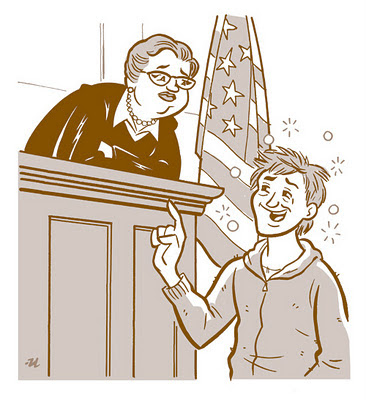 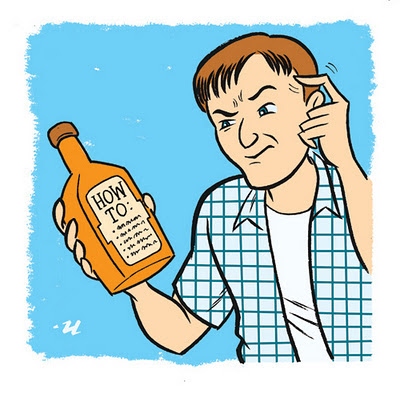 The funnies lost another grand old man today with the passing of Bil Keane, creator of The Family Circus. Family Circus, along with Peanuts, was one of the very first comic strips I remember ever reading...but though my fondness for Schulz's masterpiece grew and grew over time, I really soured on Keane's work as the years went by, as it seemed to lose every bit of its edge and descended into endlessly repetitive jokes and treacly, Extreme Home Makeover-esque forced sentimentality. Still, the first 20 years or so, as good a run as anyone could ever hope for, were often brilliant, helped by the fact that the kids came across as real kids (ie. sociopathic little bastards) rather than the type of children you'd find on greeting cards.

I even managed to work one of Keane's tropes into one of my odder Savage Love illos a few years ago, in response to a letter from a reader who surmised her boyfriend must be cheating on her, as the supply of condoms in the house always seemed to be running low. Not Me, indeed! 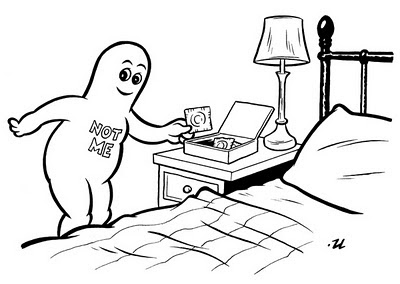 It's great to have clients with a complete understanding of your wheelhouse. 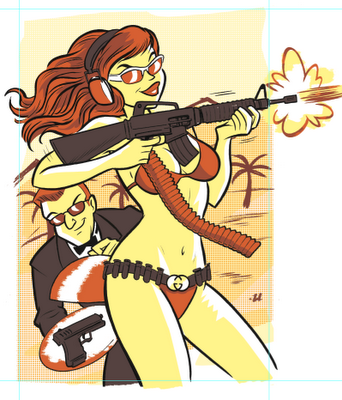