M is for Manatee 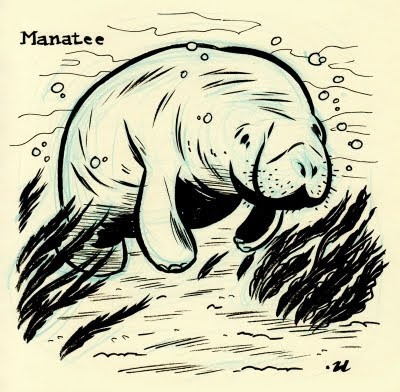 The Wichita State Shockers shook off their disappointment at not making the NCAA Tournament last March and surged to the NIT title!

A word about the composition...I realize the way she's sitting on the trophy looks a bit uncomfortable, so I'll thank you not to make any cracks (ulp, there I go again...see how easy it is?)! 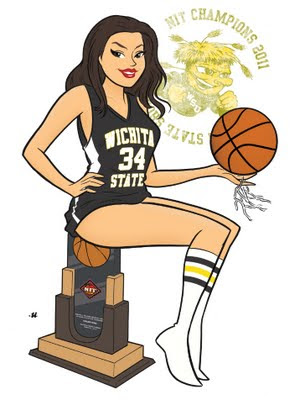 A murderous deadline last week caused this item to get lost in the shuffle a little bit, but I wanted to make sure I hipped you guys to it. I recently did a little five questions interview with the fine folks at Original Retro Brand, sellers of some really swank old-timey hockey tees, hoodies and whatnot! Seriously, where else are you going to find a Montreal Maroons shirt? Give it a gander here!

Winnipeg Jets it is!

If TSN and NHL.com are to be believed, the name of the new team in Winnipeg (the relocated Atlanta Thrashers) will be a familiar one...the Winnipeg Jets! The correct and only choice, really...they never shoulda left in the first place. Pass the word, Manitobans – The Jets are back! 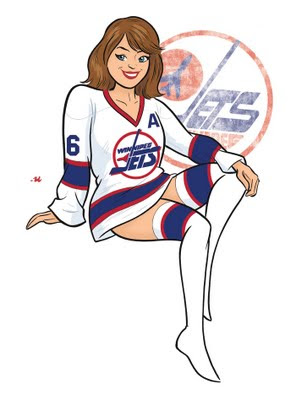 I got some unfortunate news from my mailman Ray early last week...turns out that after five years, he was being transferred out of the route in our neighborhood. It was a real bummer, and not just because it wasn't his decision. When you work at home as a freelancer, you depend on the USPS a good bit, delivering checks and tax forms and whatnot. When you sell stuff and have it shipped out through the mail, you depend on them even more. I send out packages of varying size, weight, etc. several times a week, and it was always nice to know that there was someone dependable and who, frankly, gave a shit, in charge of getting it where it needed to go. There was also the fact that we'd kinda gotten to be pals a little bit, often chatting about art and whatnot...he has a teenage son who's become interested in drawing recently, and I passed along the name of one of my favorite how-to books, Jack Hamm's Drawing the Head and Figure.

Anyway, last Friday was Ray's last day on the route, and my wife bought a thank you card to pass along. I enclosed the drawing below, which I knew he'd appreciate, on a little piece of Bristol. 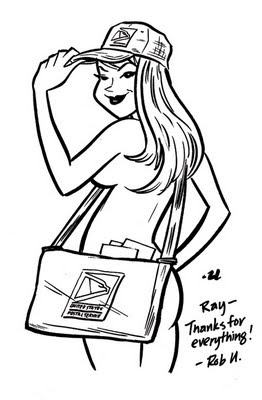 The extremely kind commissioner of the Clash "Punks on Parade" image I posted has volunteered to allow me to produce some prints of the image, based on the amazing response to it in the comments section! So, if you've had your eye on 'er (and let's be honest, who hasn't?), here's the print, for sale in the webshop!

And thanks a million, J! 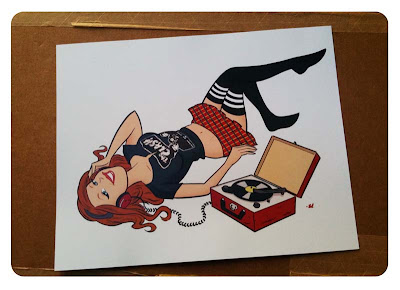 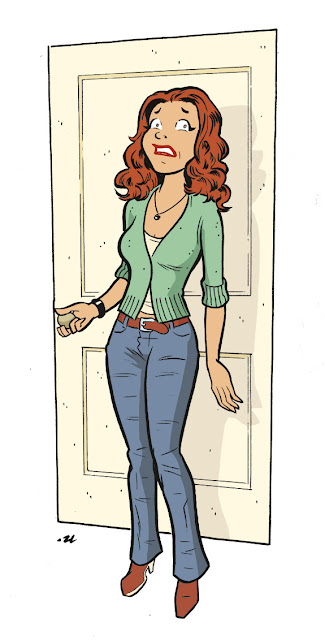 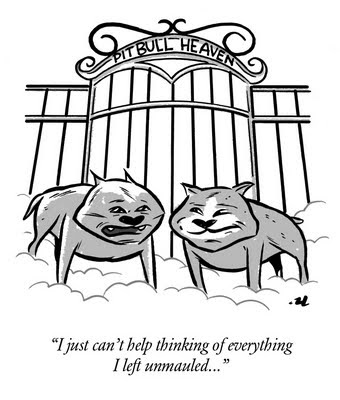 Posted by Robert Ullman at 6:05 AM 1 comments

From a recent Washington City Paper article, about a regular gathering for lobbyists who lobby for lobbying. Apparently they're all beautiful, perky and positive. With surprisingly few fangs. 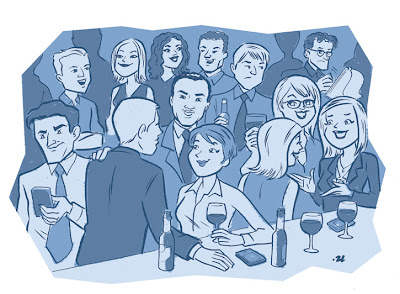 J is for Junebug

These big bastards never fail to wig me out every summer. Apologies for the kinda-lousiness of this drawing, but I had to get back in the game! 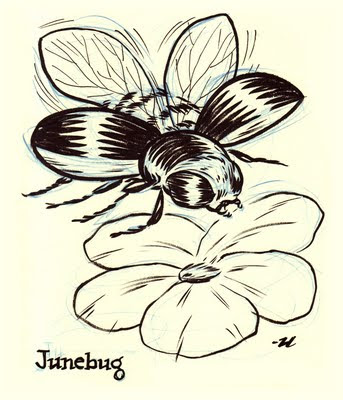 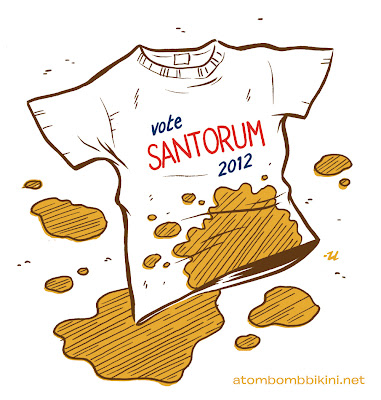 This was a recent commission, with the direction of "a girl wearing headphones and a fitted Clash t-shirt". The client and I were both so pleased with how it came out that I'm considering branching out and taking some commissions that aren't limited to sports teams, and have more general appeal...things like band t-shirts, favorite outfits, etc. What say you, readers? Any takers? 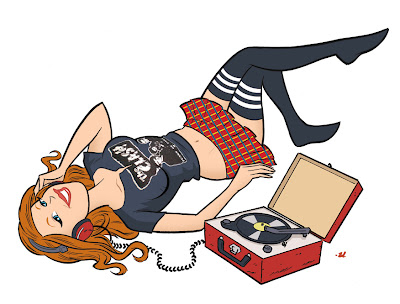 Credit (blame?) for writing this joke goes to my pal Mark Ricketts. 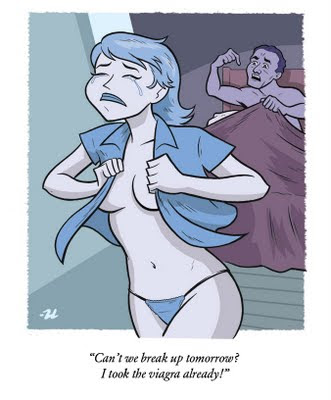 Well, this oughta be fun.

I'm not a huge fan of Boston in general...blame it on Red Sox/Patriots fatigue or whatever, but the last decade or so, I'm usually for whatever leaves the Massholes feeling disappointed. I have trouble hating this Bruins team, though...Tim Thomas, creepy sex-offender mustache aside, seems like a good guy, and I still have some affection for the Recchin' Ball. Classic, sharp-dressed team...difficult to manufacture much rancor.

But I'll probably be rooting for the Canucks, and here's why: It's about damn time a Canadian team won the Stanley Cup again! Also, in straight financial terms, Vancouver fans order more commission than just about anybody! Canucks in five.

Now, the only question is, with a newborn in the house, will I actually get to watch any of it?

(Apologies for the art re-run...I have a lot more fun and entertaining image in mind, but I just gotta find the time to produce it!) 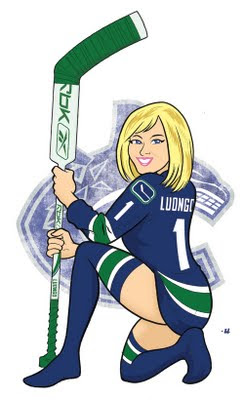