I don't believe I've posted this before...I always meant to, but don't recall ever getting around to it. It's goofy, but I dig it...it was for the Las Vegas Weekly for a story detailing all the stereotypical yet realistic characters one sees on a visit to the city, reimagined as the Three Stooges. There's the Buffet Scout, seldom seen without a big styrofoam plate full of food; Uncle Vegas, a scholarly type always dropping facts about the city's history; and the Bouncer Wangler, keeping everyone "secure". 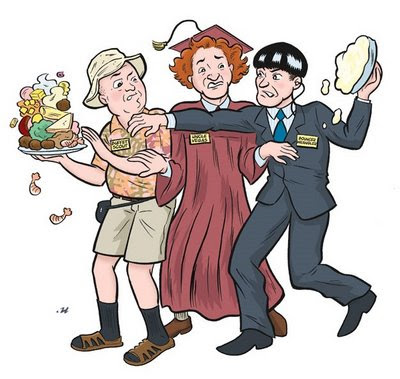 Here we are again. Penguins vs. Red Wings, round two. Boy, when I think back about how confident I was at the start of last year's finals, it's almost embarrassing. This year, I'm confident again, but in a much more measured, cautious and realistic way. Much as it goes with the teams involved themselves, you gotta learn to lose before you can learn to win. Suffice to say, this series will be analyzed and broken down by people much more qualified and knowledgeable than me, so I'll stick with what I do best: Gut reactions and homeresque logic. I think the Pens have learned all there is to know about losing, and that they're now poised to learn a thing or two about winning. Hell yes I believe. 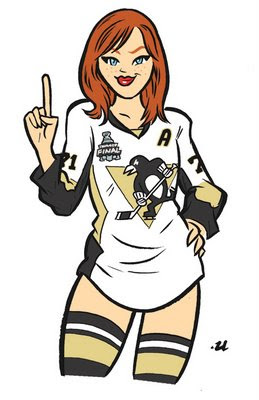 My most recent strip over at Richmond Magazine tells the story of my rabid obsession with the Penguins. None of this will come as a shock to the readers of this blog, however! 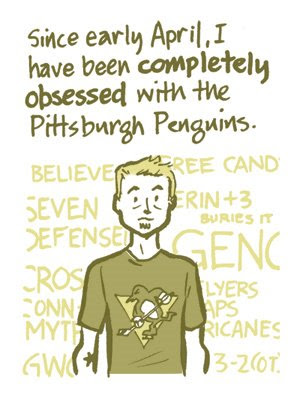 It's been pretty quiet on the blog lately, which sure as hell doesn't reflect what's been going on with my workload! Unfortunately, all my time recently has been spent working up designs and concept art for clients that may never see the light of day, and on commissions that I can't post and spoil before they're given as gifts. Curses!

I'm working on my Stanley Cup Finals preview and will post it tomorrow morning, but for now here are a couple of recent Savage Love illos, which are still running in Philly and Detroit. 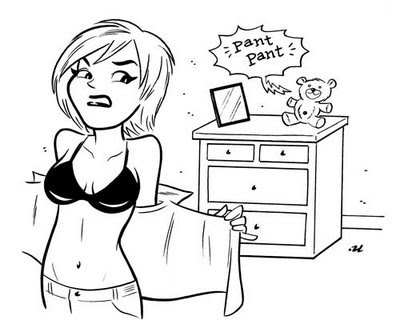 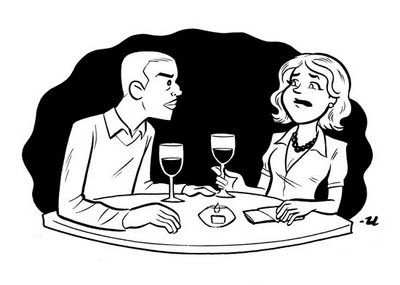 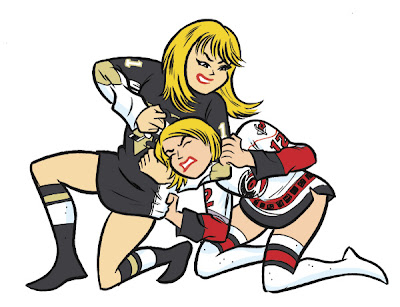 I case I haven't mentioned it before, I hate the Detroit Red Wings. In every round thus far, I've wanted to pick against 'em (especially in the semis against the Ducks, who I really had a feeling might take 'em...and came close, taking them to seven games), but haven't quite had the guts to do so. This, however, is where that changes.

I might be going with my heart over my head here, but I'm picking Chicago, and here's why: While the prevailing feeling seems to be that, similar to what happened to last year's Penguins team, the Blackhawks are young and lack the experience of their opponent, and will be on the mat facing an eight-count before they know what hit them. The problem with that theory is that these Blackhawks have already played the Red Wings six times this season, winning two and losing four, with two of the losses coming via shootout. They're familiar, and they know what to expect.

Also, the Red Wings, despite the addition of gutless cockwallet Marian Hossa, seem a little less dominant than they did last year, and all of their already old-ass lineup is even older. I think they're ripe for the picking. Blackhawks in seven. 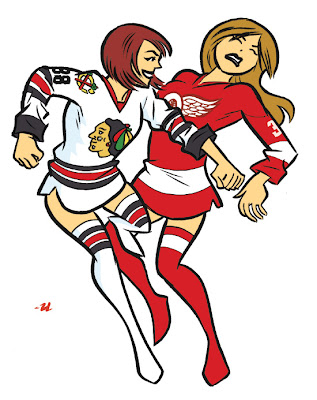 My pal Richard clued me in this morning that none other than renowned expert John "P.C." Hodgman is using the illustration I did of him for The Stranger as the avatar on his Twitter account! I've been resisting signing up for Twitter 'cause I find the whole thing kinda silly...but this might be the final straw that breaks this obstinate camel's back.

A note about the art...I was assigned this piece way back in 2005, right after I first saw him on The Daily Show and before the P.C./Mac commercials first debuted. Soon after, I purchased his book, The Areas of My Expertise, which provided giggles aplenty. I like to think I'd do a little better job if I did it now, but I am particularly fond of the "Ol' Hobo" label on the can of beans! 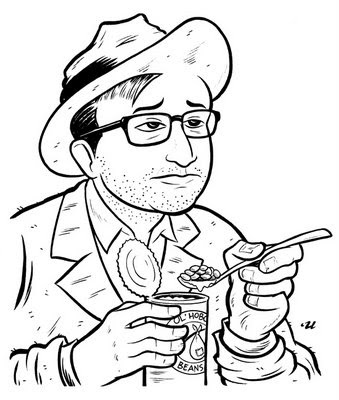 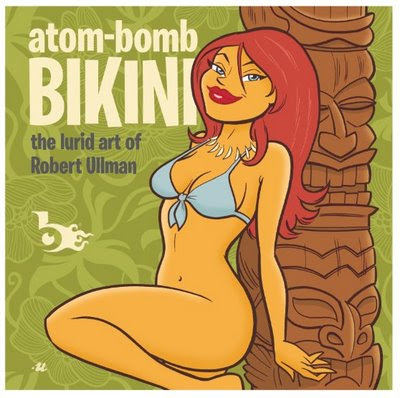 Ordering info, including a special pre-order edition, coming SOON ('cause I gotta pay to print this bastard!)
Posted by Robert Ullman at 11:36 AM 12 comments 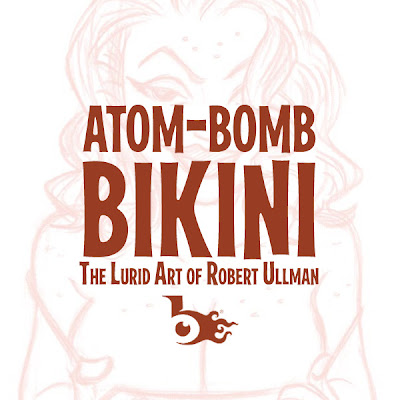 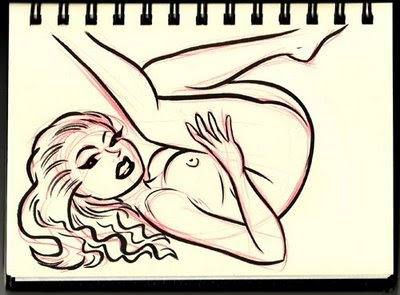