A piece for the Las Vegas Weekly, in which a bunch of bookish types take over a local bar's trivia night, to their peril. 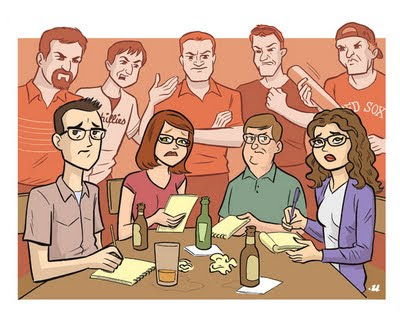 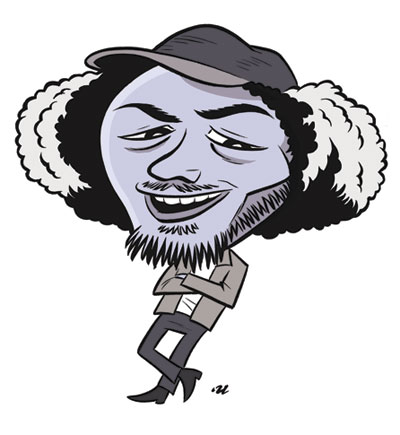 From The Stranger's "Cops We Have Loved" dept.: 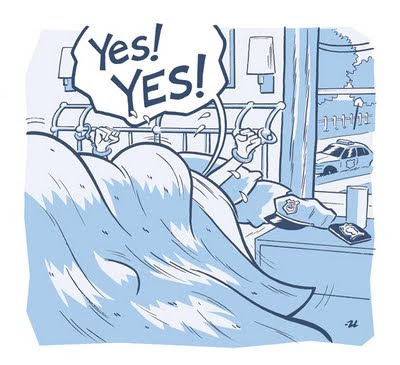 Not to be confused with Phantom Lady, Phantom Girl, a.k.a. Tinya Wazzo, is a Legionnaire with the ability to phase through solid objects. She's worn a ton of different uniforms over the decades, but for my money none of 'em have had the wacky charm of this boob-window/bellbottoms combo from the late 70s. 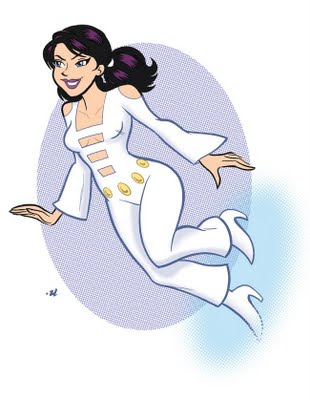 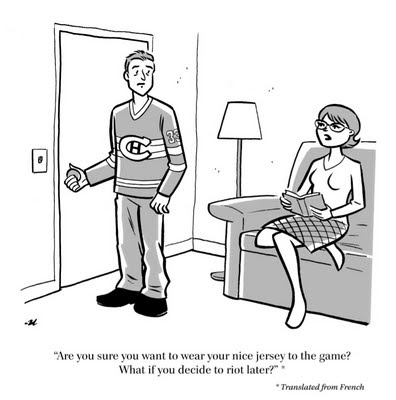 At press time, there's only about a 10% chance I'll be able to make it away for the Heroes Con...it'll be a last-minute decision, in any event. I always dig doing sketches for folks, and occasionally do them in advance... but advance commissions may well be the only ones I can take for this Heroes Con! So here are the details if you'd like to get one.

My sketches usually run $25 for colored pencil, or $50 for ink, on 9 x 12 Bristol board... If you're interested, I can work something up for you, have you pay via PayPal or something and if I can't make it, arrange to send it down... I'm planning to have a few new items for sale at my pal J Chris Campbell's table, so you can pick it up there! Just shoot me an email and let me know what you had in mind!

Oh, and I'll take requests up to and a week after the con...Thanks! 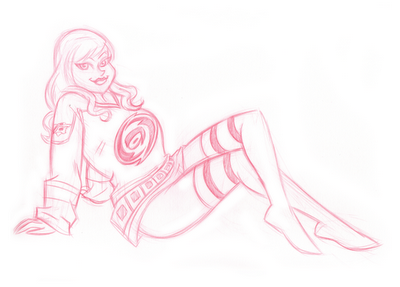 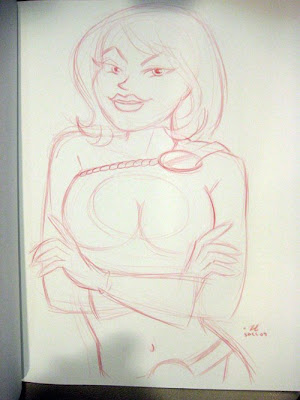 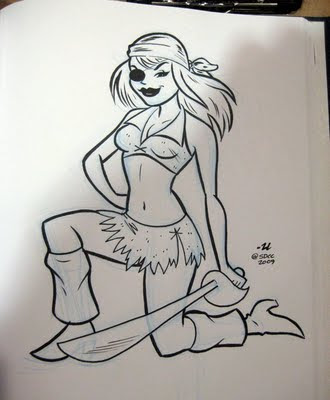 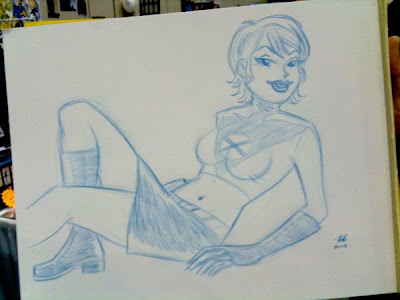 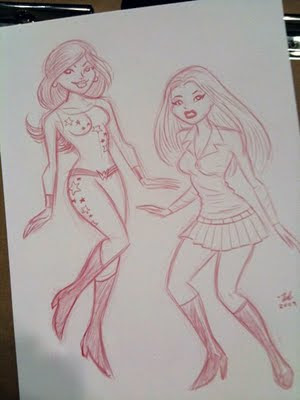 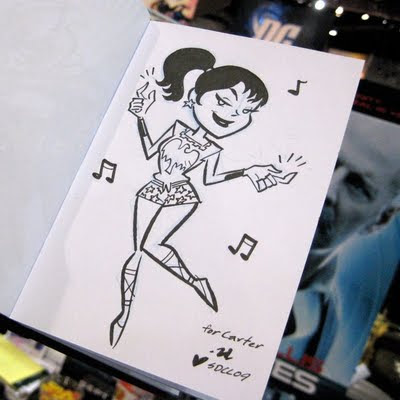 G is for Golden Retriever

...in this case, my own Golden Retriever, my sweet boy Puck. True, he's not a purebred, but that's what he most closely resembles, so that's what I've always called him. Puckie turned 12 back in March, which I can scarcely believe. He's definitely lost a step or two...the poor guy has to wear special grippy "kitten mittons" on his back feet so that he doesn't slide all over our tile and hardwood floors thanks to degenerating nerves in his rear end. Man, getting old sucks.

Still, he's mentally the same old Puck, and loves to bark at cats and get his mane scratched. And he still does "The Fang", which is my name for the snaggly front tooth that shows when he curls up his front lip during an especially productive scratch.

He'll always be my first baby...I love him soooo much! 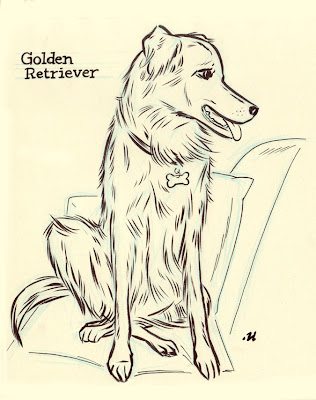 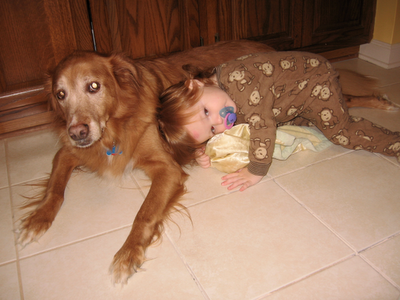 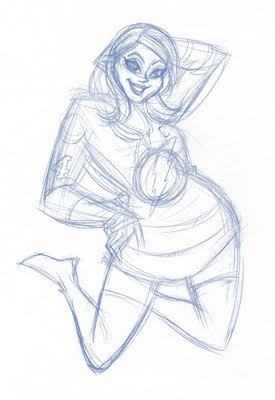 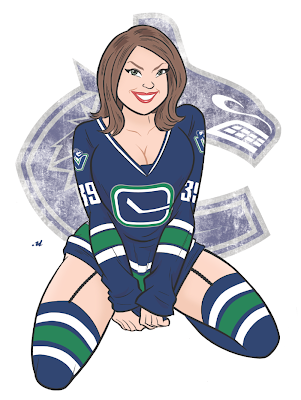 Finally, I'd like to take a minute how stunned and sad I am over the passing of the Rangers' Derek Boogard, who was discovered dead in his home yesterday. Only 28 years old. Damn. RIP big man.
Posted by Robert Ullman at 4:56 PM 2 comments

Born yesterday, May 11, 2011. Nickname: Schwally. Everyone's doing fine...Though I guess he's the one you should really talk to, considering he's the one who got circumcised this morning! 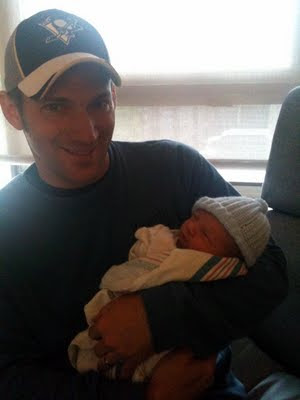 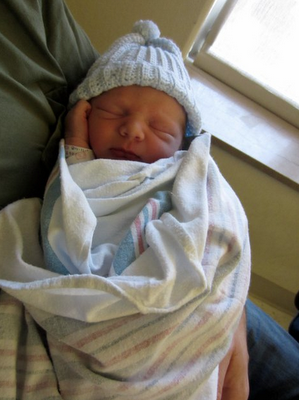 Young Schwally's impending arrival has left my ability to attend this year's Heroes Con, just four short weeks from now, very much in question. I do, however, plan to contribute something to the annual Art Auction and send it along in my absence, at the very least.

Here's a quick study of what I have in mind. I'm always so impressed when I see pieces in the auction fetch high numbers... I figured if I pandered a bit to the clientele while staying in my own specific wheelhouse, I could hopefully finally see one of my pieces reach into the triple digits! We shall see! 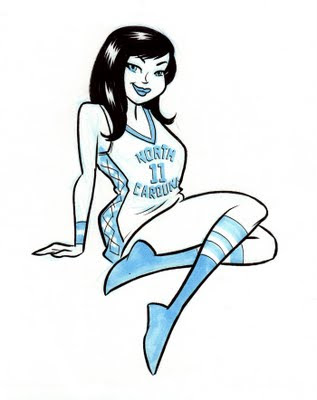 F is for Fox

I sketched this yesterday (and inked it this morning) based on a stuffed fox in a diorama at the nature center of Richmond's Three Lakes Park, where we had our annual Mother's Day picnic. It was the last one as a family of three, as we're all set to welcome our second kid into the world this Wednesday, via the miracle of C-section. We're not 100% sure on the name yet, though Evie, my three-year-old, wants to call him "Schwally". Unfortunately for him, that'll probably be his nickname whether he likes it or not! 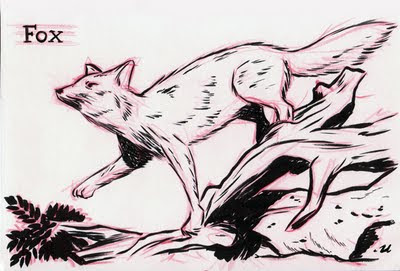 The Arm from Lunenburg County

From the June issue of Virginia Living, the story of Charlie Montgomery, who excelled at many thing, including baseball, despite having only one arm!

The arm went when it “got in the way of a load of shot” when the 16-year-old Charlie was hunting, but still people said he could do “anything with that right hand that you can do with both of yours.” He amazed onlookers as he would “pick up a hot ground ball with his gloved hand, toss it deftly into the air, and, after shedding the glove with a flip, catch it again and peg that old apple in to nab a runner at the plate.” 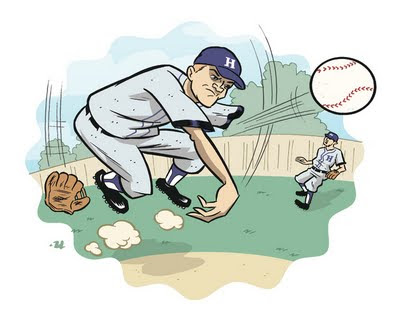 E is for Elephant

I had a little pencil sketch of an eagle all done up, but I was afraid it'd seem too much like a statement today of all days. Went with this quick, silly illo of an elephant instead...always fun to draw these chubby bastards! 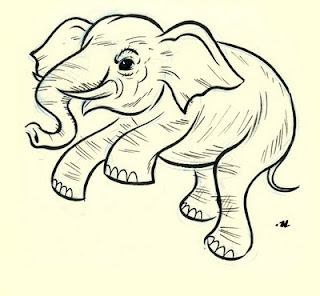