Hey, I ran the 10k yesterday and lived to tell about it! It was pretty exhausting...I fell asleep around 9:30 last night...but I pulled it off! My goals for the race were pretty modest: Run the whole 6.2 miles without having to stop and walk at any point, and finish in under an hour. My time for the race was 57:27, so I guess the day was a success.

Here's a picture of me and my wife's friend Alycia, who came down from DC to run with me. My wife and my pal Greg were standing right under the 5 mile-marker when she took this shot. 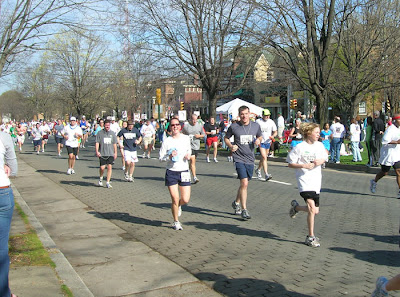 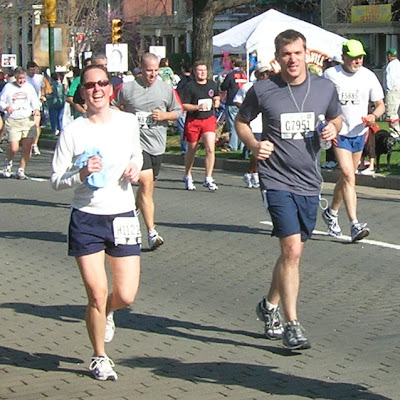 And just for shits and giggles, here's the playlist of the songs that got me through the race, thanks to the trusty iPod Shuffle. "Ill Placed Trust" by Sloan was especially helpful in pouring on a final burst of speed over the last half-mile or so!