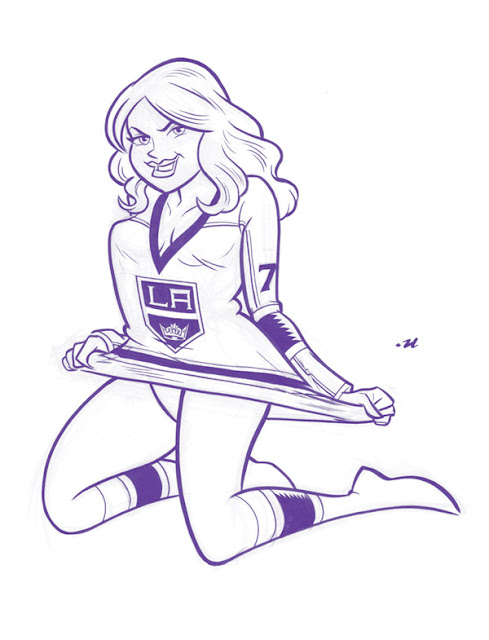 If yesterday's game was any indication, this series may not make it to 6 games.

Love the drawing and the Scuderi nod.