First off, welcome to the 2012 Stanley Cup playoff picks! Enjoy the art and the hockey talk, and don't forget to enter the Atom-Bomb Bikini Playoff Challenge at the bottom of this post to win some art, books, stickers and other great stuff!

The Rangers come into the playoffs as the East's top team, a perch they've been on since early January. They narrowly missed out on winning the President's Trophy for most points, and at times have been an absolute juggernaut, posting several long win streaks but few losing skids of more than two or three games. It'll be interesting to see what they do now that the pressure's on, and how far Coach Torts will be able to berate them.

The Senators are a curious case. Seemingly locked into seventh place for weeks they seemed destined for a matchup with division rival Boston, until went on a little bit of a cold streak late in the season and slipped to the conference's final spot. They'd seem like easy pickin's for New York, except that they took 3 out of 4 games from the Blueshirts this season...and with their speed, they can put up points on anybody. In what was supposed to be a rebuilding year, Ottawa is playing with house money... and if the Rangers tighten up, the Sens will be there to knock them off. Senators in seven. 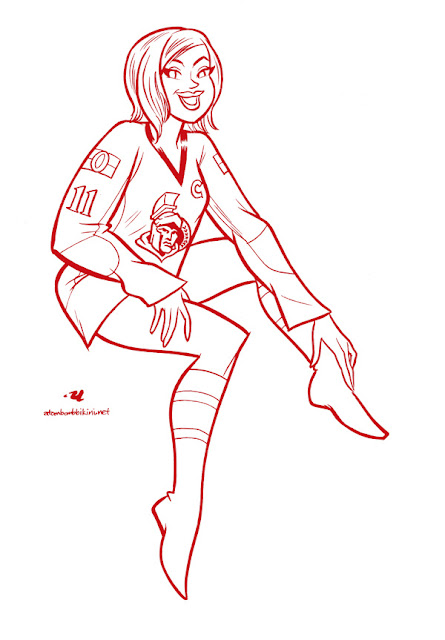 The Bruins opened their defense of last spring's Stanley Cup win by trotting the Cup out once again, to skate around the ice before the home crowd in Boston. A nice gesture, sure, but one that seemed to imply that they didn't think they'd be getting another shot at it anytime soon. Their start bore that out with a miserable October. Then they suddenly caught fire, and seemed like world-beaters in December before settling into a decent, if occasionally inconsistent finish.

It's been a disastrous season for the Capitals, one that began with great promise but quickly crashed to earth. Wildly inconsistent all year, it seemed at times like the team had given up and would be content...happy, even...to miss the postseason entirely. Yet here they are with, suddenly, no expectations.

For all of Washington's still-indecendiary offensive talent, a series against the Bruins is going to come down to toughness, which is something the Caps sorely lack. It's hard to imagine the Caps being able to withstand being knocked around by the big bad Bruins.

If I'm the Capitals, I do everything in my power to get President Obama to each game and drop the ceremonial first puck in hopes of psyching out Tim Thomas. Even that probably wouldn't work. Bruins in six. 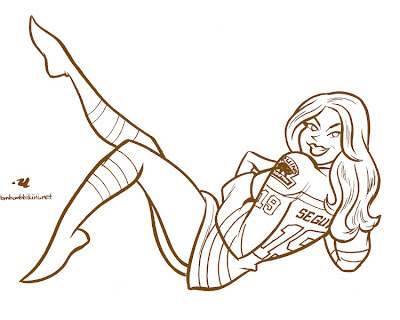 By the end of the regular season it seemed like the Panthers were actively trying to lose the Southeast Division lead they held all year, losing six in a row before finally beating Carolina to clinch the third seed. They seem just happy to be here, an impression I'd run by the fans of the team if I'd ever met one.

The Devils are maybe the smartest team in the NHL, doing (or not doing) just enough to sit in that sixth spot, knowing they'd get to play the Southleast Division winner for an easy trip to the second round. You can never tell with the Devils in the playoffs, though...if anyone could blow this, it's them.  Devils in five. 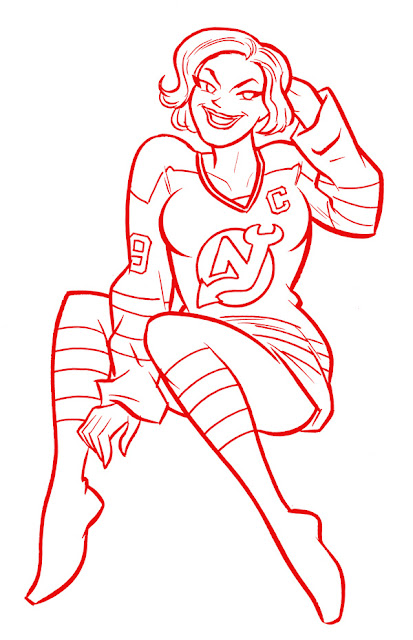 What really deserves to be the Eastern Conference Finals is somehow an opening round matchup – Flyers versus Penguins, the Battle of Pennsylvania.

Trying to be objective, I look to the goaltending. The Flyers, seemingly bent on proving to the world that Ilya Bryzgalov was worth the dump truck full of money they gave him this past summer, plan to start him in goal for the series opener, over the undefeated-in-Pittsburgh Sergei Bobrovsky. As a Penguins fan, one of the things I look forward to most every spring is seeing how the Flyers botch their goaltending situation, and this has all the potential to mark the season premiere of my favorite April sitcom.

The Penguins...finally... have everything, and more importantly, everybody, going for them. Everyone's healthy, everyone's contributing. Power play producing, penalty kill killing. Geno Malkin is otherworldly, and those guys named Crosby and Staal aren't too bad either. If the blue line can tighten up and make life just a tiny bit easier for Marc-Andre Fleury...and if the Pens can resist getting instigated into scrapes with all the rats in the Flyers lineup...they should have what it takes to win this war of attrition.

The thought that Philly and elderly, pathetic drama queen Jaromir Jagr could skate away with this series just fills me with too much angst to even consider, so I'll take the Penguins in six... though even two losses might cost the TV. 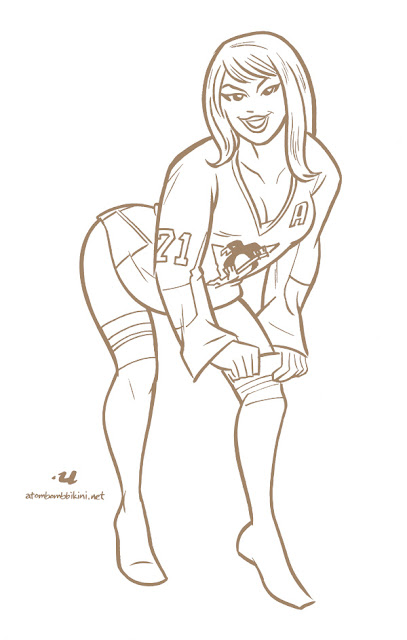 
Simple rules...pick the final four teams you think will be left standing, the conference champions, and the eventual Stanley Cup winner. One point will be awarded for each correct final four pick, two for each final two pick, and three for picking the champion. Whoever has the most points come the second week of June will be the big winner!

Here's what you're playing for: The big winner will receive a custom piece of original artwork of a pinup girl wearing the jersey of his or her favorite team, along with a copy of the Atom-Bomb Bikini hardcover book, a copy of Old-Timey Hockey Tales, and a pack of Atom-Bomb stickers, a signed "Hockey Socks & Skates" print by Katie Sekelsky and a free t-shirt of your choice from the wonderful folks at Original Retro Brand! Two runners-up will receive just the books and stickers. In case of a tie, I'll put all the names in a hat and select a winner at random.

Here's how you enter: Write your picks in the comments section of this here blog post. Not on Facebook, not on Twitter, not in an email, but in the comments section of this post. Please remember to check back as the playoffs progress...I'll post the winner's names here, and at that time I'll look to get in contact with you. Got it? Got it! Good luck!

CRASS COMMERCIALISM DEPT: All of the original, hand-drawn art for the Stanley Cup pinup girls is available at my Etsy store...and if you'd like to go the extra mile and get a personalized, one-of-a-kind uni-girl illustration of your very own to your exact specifications, that information can be found here.
Posted by Robert Ullman at 4:00 AM

Pens in 6 over Van

Final: blues over devils in 5

Rangers over Penguins
Blues over Blackhawks

Penguins over Blues in six

Cup: Pens over Vancouver in 7

Pens for the Cup championship!

Who's the dead man who hit me with the salt!?

Penguins over Coyotes for the Cup.

East:Penguins over the Rangers
West: Blackhawks over the Blues

Final: Penguins over the Blackhawks

Sharks over Blackhawks
Flyers over Capitals

4: Bruins vs Rangers and Blackhawks vs. Canucks

If you don't have a google/blogger account, and your identity comes up as "Unknown" or "Anonymous", PLEASE post your name somewhere so I know who you are!

And thanks a bunch for all the entries, folks!

(And through this all, next year... Go Sabres!)

Who could turn this down? I'll throw in:

East - Devils over Pens
West - Preds over Blues
DEVILS FOR THE WIN!

Final - Flyers in 7 over Canucks. Jagr does one final salute!

East: Penguins over Rangers
West: Blackhawks over the Canucks

Thanks for entering, everybody...comments are now CLOSED!

The contest may be closed, but I'll still check to see if my predictions are right. :o)

Good luck to all that entered!

Blues vs Predators for the West

Bruins vs Flyers for the East

Blues vs Flyers for the finals

Blues take it all

Blues win the Cup in 6

I can dream right?