Wow, what a first round, eh? If there's any comfort for me in the Pens tanking it and bowing out waaaaay too early (and there isn't), it's the fact that so many other perennial powers got bounced as well. A Western Conference semifinals without Detroit, San Jose or Vancouver? I can't even remember the last time that happened!

The evidence is in the Atom-Bomb Bikini Playoff Challenge picks: I haven't gone over 'em with a fine-toothed comb yet, but out of some 80+ entries, only 3 picked a final four that can still happen.

These are two teams coming off very impressive and convincing performances in the first round. The Kings had the Canucks down 3-0 before you could blink, finally cashing in on some of that offensive promise that came with all of their splashy signings last offseason. And goalie Jonathan Quick was terrific in shutting down Vancouver.

My fear for the Blues coming into their first-round series was that their young players might wilt a bit and be taken advantage of by all the Sharks cagey veterans, but it was St. Louis who dominated, making San Jose look old and slow in beating them 4-1.

The Blues and Kings are really similar...good defense and penalty killers, backed up by great goaltending. I'd give the Blues the offensive edge, and figure it to make the difference in a close series. Blues in seven. 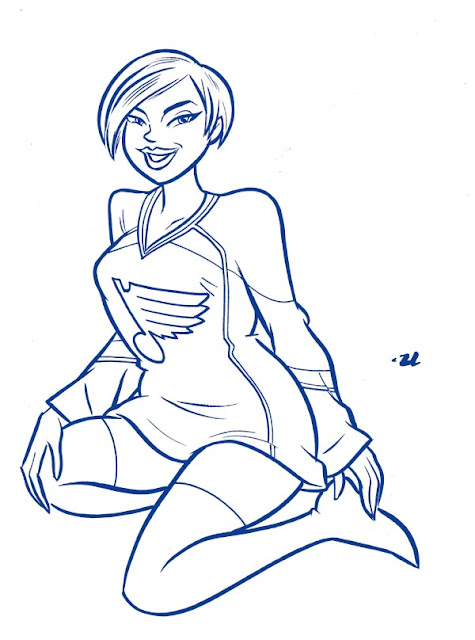 Much like the Blues/Kings series, these are two very similar teams... and not just because they both exist in places where there probably shouldn't be hockey teams.

The Coyotes are opportunistic, relying on goalie Mike Smith to keep them in games and taking advantage of anything their opponent gives them. Mikkel Boedker had two OT game-winners against Chicago, and you always know older-than-dirt Ray Whitney is a threat to score a big one as well.

In Nashville, D is the name of the game...they don't give you much, and if you do manage a scoring chance, Pekka Rinne is there to close the door. They can score as well...most of their goals in the first round vs. Detroit came at even strength, so if the Preds can get the power play going...look out!

For some reason, I really like what the Predators have done the last few seasons, both from a hockey standpoint and as a fan. Not sure it's ever happened in my entire life, but I'm picking the cats over the dogs. Predators in six. 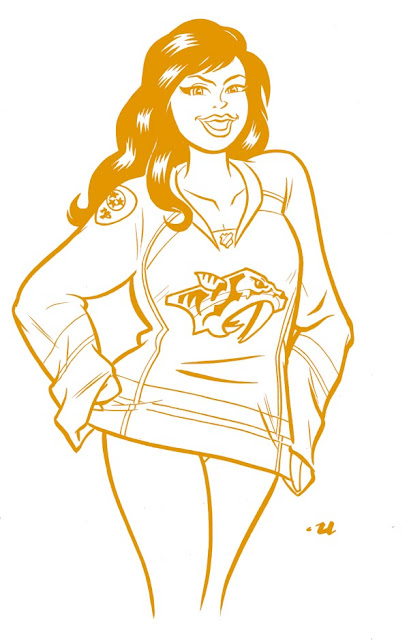 CRASS COMMERCIALISM DEPT: All of the original, hand-drawn art for the Stanley Cup pinup girls is available at my Etsy store...and if you'd like to go the extra mile and get a personalized, one-of-a-kind uni-girl illustration of your very own to your exact specifications, that information can be found here.

Posted by Robert Ullman at 4:03 PM