"Walter Barr, of Annefield, in Clarke County, got the shock of his life April 2, 1936, when he was struck by lightning. The shocker was, he was able to walk into the offices of the Clarke Courier just two days later to talk about it.

As Barr was feeding his two hogs, a “freakish storm” had come up, and a bolt of lightning zapped him, knocking him unconscious. “I never knew what hit me,” he told the Courier. “When I came to, I ran as fast as I could away from the place.” The hogs, unfortunately, had been killed by the strike.

Barr was left to ponder how he had survived. Opinion ran that his rubber boots had insulated him from the jolt of electricity." 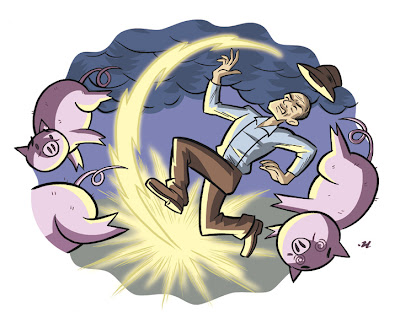