Been sittin' on this one awhile....

Early last summer, my pal Craig Yoe contacted me to see if I might be interested in contributing a pin-up for a book he was doing for IDW collecting Dan DeCarlo's Jetta comics. For those unfamiliar, Jetta was a Judy-Jetsonesque character created by DeCarlo (though created a good ten years before The Jetsons) who starred in a short lived comic...only four issues, if memory serves. My exposure to the character pretty much began and ended with the handful of Jetta covers reprinted in Bill Morrison's book "Innocence and Seduction: The Art of Dan DeCarlo" from a few years back. Craig sent PDFs of a few of the stories my way, and I really dug 'em...sorta Betty and Veronica in space, vintage DeCarlo, which is always a good thing.

Craig also sent along a list of other artists who'd be contributing pinups, and that was where I started to get nervous. When you see names like Presing, Frauenfelder, Hellman and Ragnar on a list of folks you'll be sharing pages with, you know you gotta really bring your A-game or risk looking like a complete chump. Thankfully, though, the pin-up came together smoother than it had any right to. I doodled the following sketch, and set right in on the final. 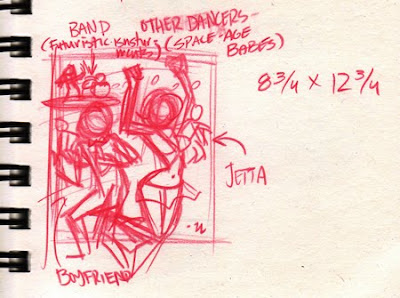 I finished up a couple weeks before my trip to San Diego Comic-Con. I'm usually only 60-65% satisfied with anything I do, but I was really happy with how this drawing came out. Other than showing it to a couple close pals, I've been waiting patiently to share it with you on the blog. And with "The Good Girl Art Library: Dan DeCarlo's Jetta" hitting stores this Wednesday, the time is here!

In addition to the 30+ pinups, the book contains all three full-length Jetta comics...much of it, I believe, reprinted for the first time. It also includes some samples of DeCarlo's own fantastic pinup work. There's more info on the book at Craig's "Arf Lovers" blog, including sample pages and a detailed list of all the artists providing pinups with links to their work. Like I said, you can buy it at your local comic shop this Wednesday if your local shop is worth a damn...and if not, you can grab it from Amazon instead.

Finally, here's my piece, the cover, and a few interior pages! Check it out, won't you? 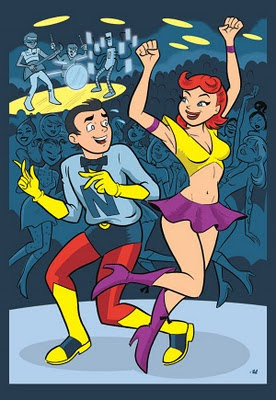 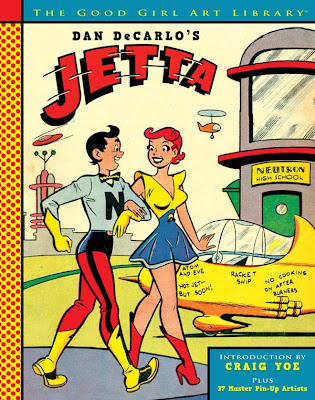 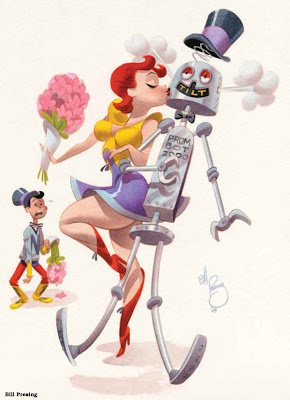 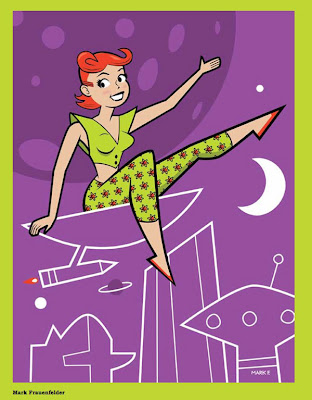 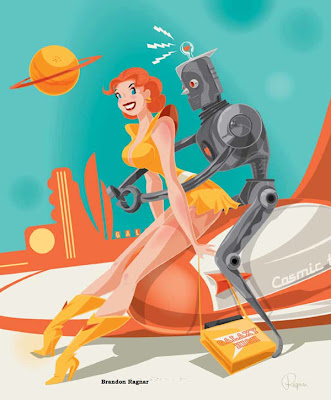 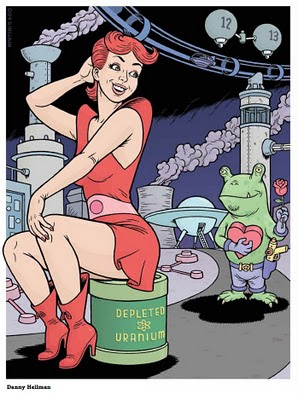 Posted by Robert Ullman at 2:58 PM

Nice illo boy!
My jealousy builds ;)
I saw Bill Presing's Jetta art this morning and now yours grr. That Ragnar image is a little disturbing though!

Yers is a beaut!