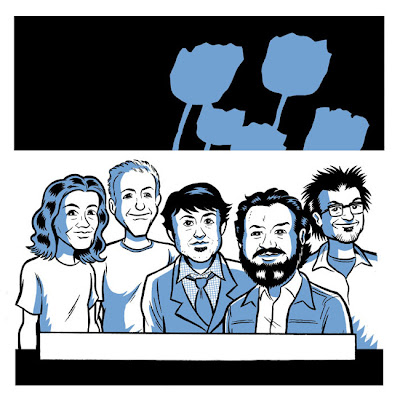 Posted by Robert Ullman at 7:07 PM

I bought "The World Won't End" for my brother during that sale, and I'm glad to hear that's your favorite album of theirs as well. I don't feel like that one gets enough attention, but I think it's their most consistent overall. "Working Girls (Sunlight Shines)" and "Let That Show" are amazing songs. On a side note, the e-mails that Ashmont Records sends out are funny and well-written.

Sorry to hear about your job at Washington City Paper. I work at the Chicago Reader, and it's grim up here too, just in time for the holidays.

Hey Robert- Glad to hear it! I turned my brother on to the Bros as well, a few years ago...I've never had anyone be disappointed in the reccommendation.

To re-echo your sentiments about "The World Won't End", yeah, it's amazing. Those first five songs are the strongest opening lineup since the '75 Reds.