It's time for the 2016 Stanley Cup playoffs!  It's gonna be a slimmed-down version of the Atom-Bomb Bikini Playoff Challenge this year, and thanks to a time crunch, I wasn't able to create any new pin-up art, but don't worry, I haven't gone soft on you... I'm hopeful to get some together for round two hope. And in the meantime, I hope you enjoy these illustrations from a book I did for The Hockey News last year! This my favorite time of year, I LOVE hearing y'all's Cup picks, and you can win some art, books, stickers and other great stuff...so let's GO!

It's hard to imagine the Florida Panthers as a #1 seed, but here they are. They came out of the gate on fire and put together a really solid season...I kept expecting them to backslide, but it never happened. They're a feel-good story... and you have to love that Jaromir Jagr is still contributing at age 65.

For the Islanders, it's gonna be a tough climb. Beset by injuries, they've been fading for the last couple months. Cats in five. 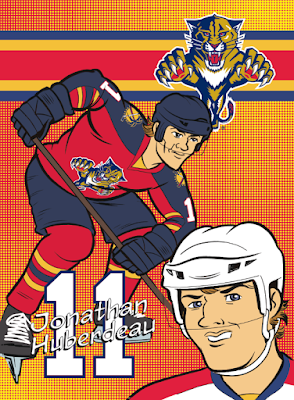 A rematch of last year, this series features the Stamkos-less Bolts against the Red Wings, who managed to play just well enough to reach the playoffs for an impressive 25th straight year. Even without their superstar, I still figure Tampa Bay to dispatch Detroit fairly easily.  Bolts in six. 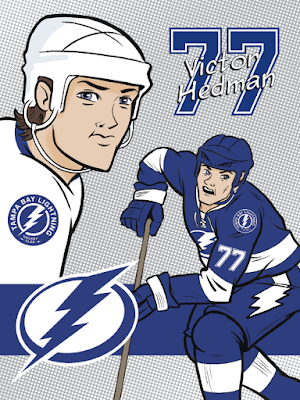 Another rematch (actually a three-match), but with a decidedly different. I lambasted the Pens in this space last year, and deservedly so. They were a complete mess, and though they managed to make it a little closer than I thought they would, they still got their asses handed to them. What a difference a year makes. The Pens are the NHL's hottest team, and have been on fire since mid-March. They've had their usual spate of injuries, but youth and depth have carried them through, unlike in the past. Everything seems to be lining up for them as it did in 2009...can they stay hot and continue their good fortune?

The Rangers, on the other hand, seem to be in a little bit of the same spot as Pittsburgh the last couple seasons. Still very good, but a bit older, banged up and showing some mileage. Still, anytime you have King Baby Stuff Henrik in goal, you've got a chance to come out on top.  Penguins in six. 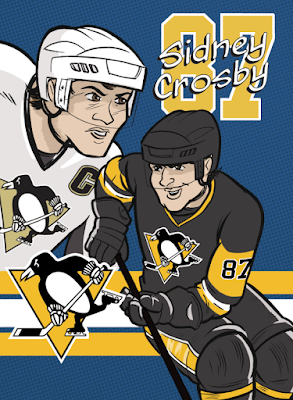 The Caps had pretty much sewn up the President's Trophy by Valentine's Day, giving their fans a full two months to stress about going into the playoffs as the NHL's top team. For all their trouble, they end up matched against the Flyers, whose late-season tear propelled them past the Bruins for the final wild card spot. It'll be a tough battle for the Caps, who will suddenly feel the weight of expectations against a team that figures to at least decapitate your best players if they can't beat you on the scoreboard. Sphincters haven't been this tight in the nation's capital since Bush/Gore in 2000. Caps in seven. 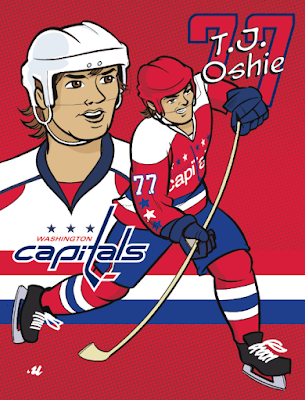 The Stars are the class of the west, an offensive powerhouse and solid in all phases of the game. They figure to have an easy time with the Wild in this battle of Minnesota's old and new teams. Stars in five. 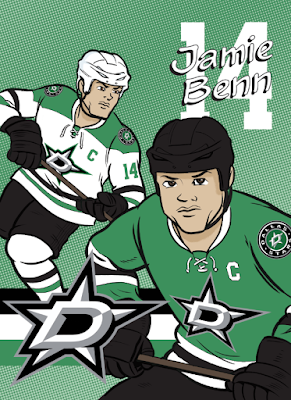 You gotta feel for the always-a-bridesmaid Blues. They're always good and seem loaded with potential, but always seem to get the toughest draw. This time around it's the Blackhawks, who simply seem incapable of losing this time of year. Blackhawks in six. 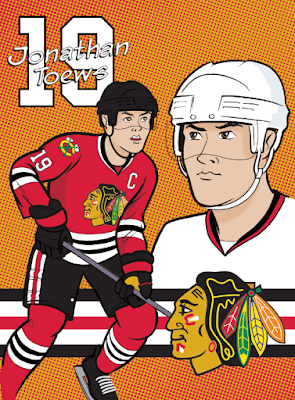 
Anaheim started the season looking awful but finished strong...thanks, inexplicably at least to THIS Pens fan, to the addition of David Perron mid-season, who contributed mightily to their offense until being sidelined with an injury a few weeks back. The shaky health of Anaheim's forward might finally allow the Predators, extremely good for a wild-card team, to take that next step into the second round. Preds in seven. 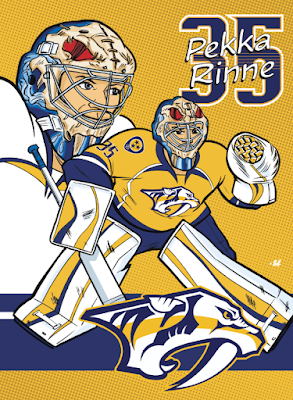 After getting burned more times than I can count, I set up an iPhone alert several years ago to go off every year on April 12 that says "Don't pick the Sharks!". San Jose has switched back from their lousy black alternates to their regular teal home uniforms for the playoffs, righting one of history's greatest wrongs, but will it be enough to beat the rival Kings, who always find an extra gear in April and May? I'd like to believe, but I don't. Not yet. Kings in seven. 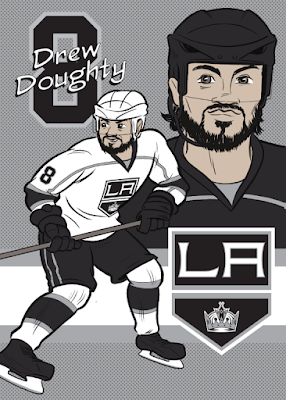 Here's what you're playing for: The big winner will receive a custom piece of original artwork of a pinup girl wearing the jersey of his or her favorite team, along with both issues of Old-Timey Hockey Tales, and pack of Atom-Bomb stickers. Two runners-up will just get the books and stickers...and in case of a tie, I'll put all the names in a hockey helmet and select a winner at random.

And finally, please, if you have a Twitter handle or something like that that you wouldn't mind adding to your post, that'd be great....I don't want to have a prize go unclaimed because I had no way of getting in contact with the winner! Enjoy the playoffs... and good luck!

CRASS COMMERCIALISM DEPT: Lots of original, hand-drawn art for past year's Stanley Cup picks  is currently available at my Etsy store! Good deals abound, and if you're looking for a specific team that you don't see listed, PLEASE drop me a line and I'll see if I can dig it up for you!

And as always, if you'd like to go the extra mile and get a personalized, one-of-a-kind uni-girl illustration of your very own to your exact specifications, that information can be found here
Posted by Robert Ullman at 10:19 AM

Once more, no Flames in the playoffs so I guess I gotta root for the "local" team, the Preds.

I got Blackhawks vs Stars - Hawks win
I got Panthers vs Pens - Pens Win
I got the Hawks winning in 7.

Caps over Panthers
Ducks over Dallas
Caps over Ducks in 6.

Penguins over Kings for the Cup

Blackhawks over Ducks
Panthers over Caps

Caps over Lightning
Ducks over Blues

Caps over Ducks for the Cup!

Stars over Sharks
Caps over Panthers
Stars over Caps

OK, after much deliberation:

Blackhawks over Ducks
Caps over Panthers

Really stepping out on a limb there.

Capitals over Panthers
Ducks over Blackhawks

Anaheim over Dallas...
Caps over Florida...

Meanwhile, I lament another season of Blue Jacket mediocrity....

Pens over Cats
Kings over Hawks
Pens over Kings